How to identify the number of positions of the hydraulic valve？

The directional control valve is the reversing valve, which prevents and guides the oil to flow in and out of the passage according to the specified direction in the hydraulic system, that is, it plays the role of controlling the flow direction of the oil in the oil circuit. There are two important concepts in the reversing valve, namely position, and pass. Position means that the reversing valve spool has several working positions, which are indicated by squares in the schematic diagram; pass means that there are several oil inlet and outlet ports, and the oil inlet and outlet ports are indicated by arrows in the schematic diagram.

How to identify the positions and ports in the hydraulic reversing valve?

Then how to identify the positions and ports of the hydraulic valve?

Two-position (left, right) and three-position (left, right, and center) are more common in hydraulic reversing valves. The flow direction of oil is different in each working position. There are several oil pipes connected to the valve, and the common ones are two-way, three-way, four-way, and five-way. Several squares represent several valves, and several oil ports represent several valves, which together are called several valves. Such as a two-position two-way valve, three-position four-way valve. In the diagram, we can see that there are several "squares" separated by vertical lines in the symbol, and a few are just a few digits. Look at a certain square and there are several vertical lines that intersect with the border of the "square", and a few are the number of passes. The arrows indicate the passage (flow direction), one arrow indicates the two-way, namely oil inlet and oil outlet, and the two arrows are the four-way; the intersection of ┴ and ┬ with the box indicates that the passage is blocked by the valve core. If there are two arrows and a ┬ in a box in the picture, it means that the five links are blocked, and one link is blocked. 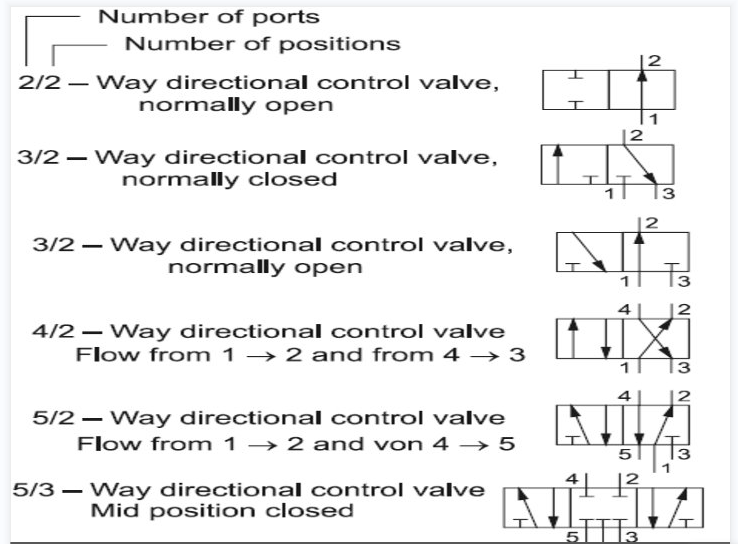 The hydraulic symbol schematic diagram is usually marked on the valve body of the solenoid valve. We can identify the reversing valve with several positions and several channels through the above schematic diagram. For example, REXROTH directional valves 4WE Series, customers can find the symbols on the nameplate: 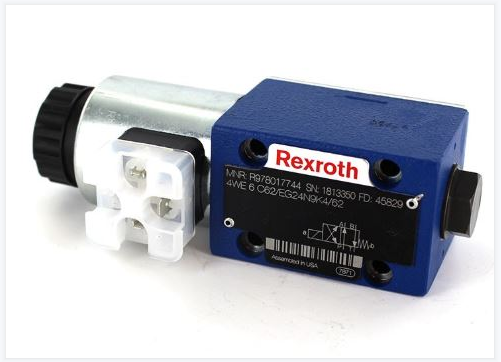 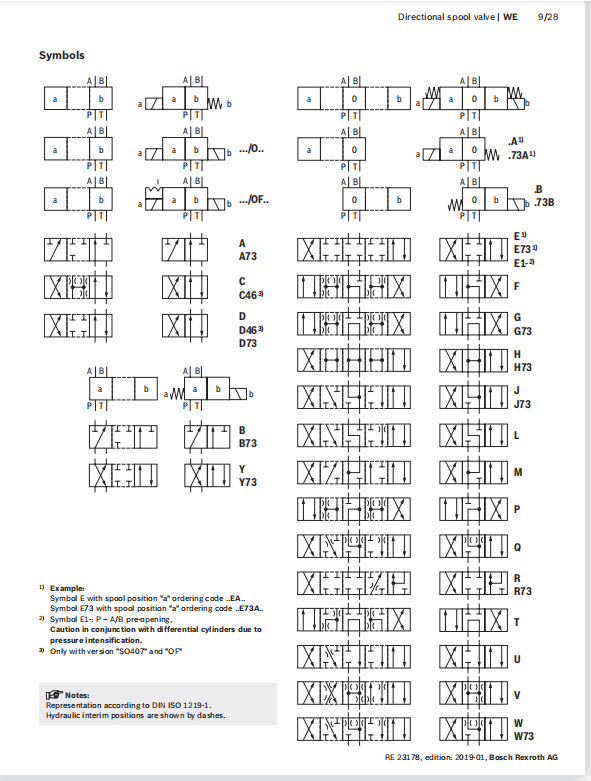 OstBridge is based on the market in China and Europe to provide our clients original BOSCH REXROTH, EATON VICKERS, PARKER, ATOS,MOOG hydraulics pumps, hydraulic proportional valves, mobile hydraulic motors, linear motion technology, gear technology, assembly technology products with short time operation. If you are looking for original hydraulic components with fast delivery, OstBridge team must be your first choice to bring you the right solution.
Prev Next
Related Products 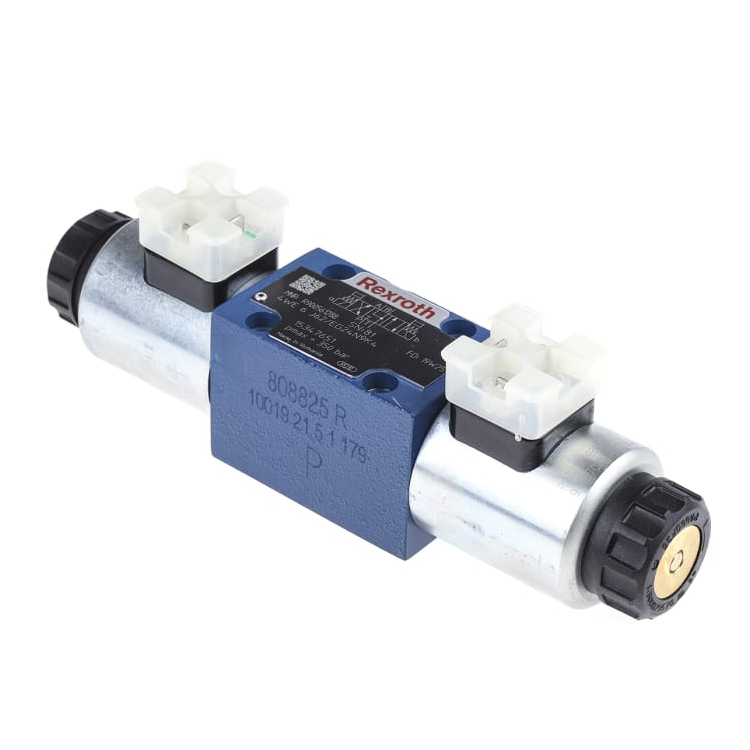 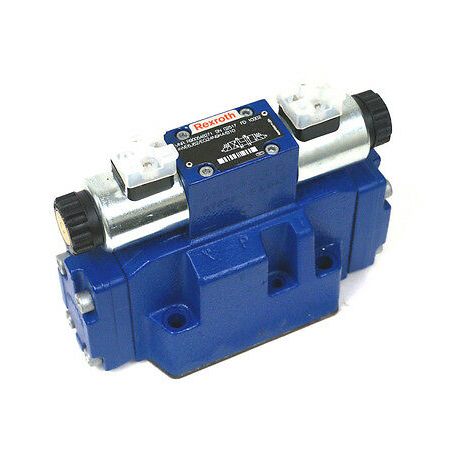 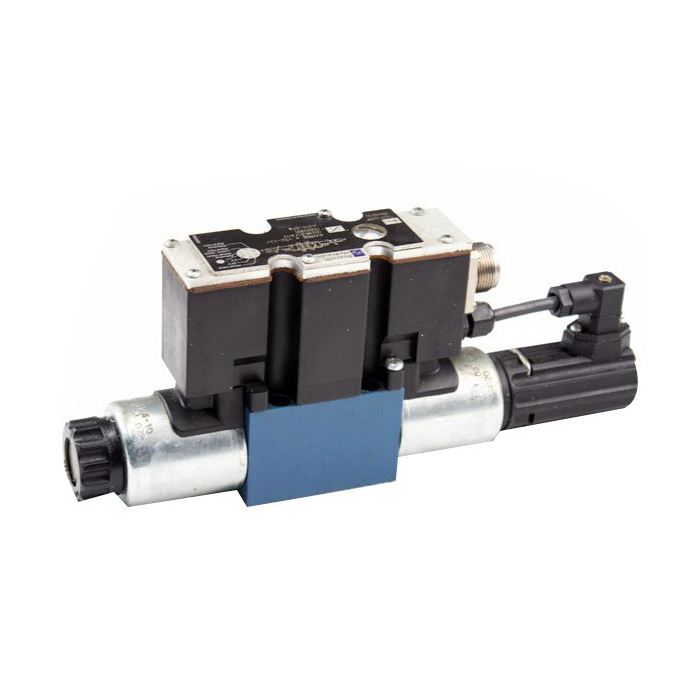 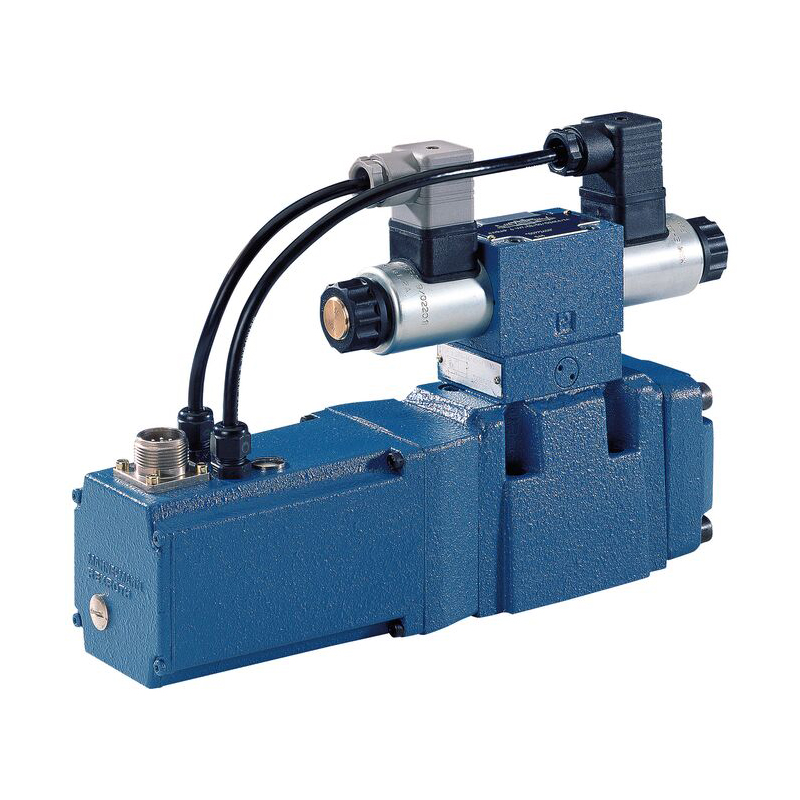